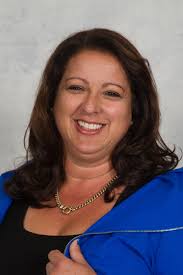 Marianne is a qualified fashion designer by trade who later became a director of her family transport company.

Marianne started her employment as a bridal wear patternmaker/designer before moving to ABC Television where she worked for eight years in the wardrobe department dressing actors and TV personalities.

She married Richard, moved to Orbost and the couple had three children, enjoying the picturesque lifestyle a good country town can bring.

With the children growing up she soon found herself busy in community involvement which has been an integral part of Marianne’s life.

She has held many roles, including:

She has worked strategically with the region’s Aboriginal groups, and her biggest passion is working as an executive of the South East Australian Transport Strategy – advocating for road improvements for the eastern region.

Cr Pelz served as a member of the following Advisory Committees and Working Groups in 2018-19:

Cr Pelz was a Council representative to the following external organisations: