Home / Latest / $35 million to unlock infrastructure jobs in the ACT

$35 million to unlock infrastructure jobs in the ACT

The Federal and ACT Governments will support construction jobs across the Canberra region by jointly investing an additional $35 million to deliver shovel-ready infrastructure projects and urgent road safety upgrades.

Prime Minister Scott Morrison said further investment in infrastructure would play a critical role in the Commonwealth’s JobMaker plan and help the ACT economy as it recovers from the COVID-19 pandemic.

“Partnering with state and territory governments to invest in more major infrastructure projects across Australia is a key part of our JobMaker plan to rebuild our economy and create more jobs,” the Prime Minister said.

“This funding injection means we have brought forward or provided additional funding of $48 million to the ACT in the past eight months.

“This package builds on the fast tracking of $30 million in Monaro Highway funding which we announced last November, locking in upgrades that will increase productivity, improve safety, and boost jobs at a time we need it most.” 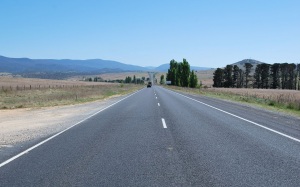